Smoking In Cars With Children Will Be Banned in Ireland

Smoking In Cars With Children Will Be Banned in Ireland

Smoking in cars with children will be banned after a bill was passed through the Dail today. This will be enforced by gardaí and carries a fixed penalty of €100. There will be tougher penalties, of up to €1,000, for failing to stop or providing inaccurate details to gardaí.

The Protection of Children’s Health (Tobacco Smoke in Mechanically Propelled Vehicles) Bill 2012 went through the final stage of its life in the chamber this afternoon, where it was voted through unanimously. The ban is being introduced to bring about a culture change so that people do not engage in the activity. The law will not take effect until regulations and measures to enforce it have been developed by gardai.

Speaking in the Dail today, Children’s Minister and former Health Minister James Reilly said the law was about protecting children and not penalising smokers.

He said:
One of the best Christmas presents we can give our children is to protect their health and well being. This important piece of legislation goes some way towards that. The purpose of the Bill is a simple one. It will prohibit smoking in cars where children are present. It will be enforced by An Garda Siochana.

Environmental tobacco smoke is a carcinogen. It contains the same cancer causing substances and toxic agents that are inhaled by the smoker. There is no safe level of exposure to second hand smoke.

Compared to adults, children breathe more rapidly and have a less developed immune system. They are more susceptible to the effects of second hand smoke. They are unable to remove themselves from risk if people smoke around them.

Children’s exposure to second hand smoke in cars is involuntary and is particularly harmful to them in enclosed spaces, such as cars. Parents and others with responsibility for the welfare of children have an obligation to ensure that such exposure does not take place.

This legislation is a reminder to people not to light up in a car with children present. Where people disregard this reminder, it will serve as a punitive measure. Again I reiterate that this legislation is about protecting children – not penalising smokers.

In order for this legislation to commence it requires the development of regulations. It will also have to be incorporated into the operating systems of An Garda Siochana. Officials will work with An Garda Siochana and other relevant Departments to put these arrangements in place as soon as is possible.

The law, which does not apply to e-cigarettes, comes into effect on 1 January 2016.

Why Stop Smoking in cars with Children?

Speaking on RTÉ’s News at One, Minister Reilly said that the ban applies to anyone who is smoking in a car in a public space with a child present. It absolutely applies to anybody who has a child in a car in a public place. What we are seeking to do is to highlight it, to underscore it with law and to bring about a culture change where people just won’t engage in this activity further because it damages children’s health.

Senator and Oncologist Professor John Crown said the primary purpose of legislation banning smoking in cars with children is to educate people about the dangers. Speaking on RTÉ’s Morning Ireland, Prof Crown said the new regulations were not about sanctioning and fining people.

Prof Crown said there are more toxic emissions within the car during the time it takes to smoke one cigarette, than what comes out of the exhaust of the car.

A child who is in a car with a smoker for one hour is exposed to approximately the same level of hazardous smoke as a firefighter is if they’re fighting a bush fire and it is equal to many, at times, the amount of exposure that somebody would have in a pub. So all of the risks of passive smoking are amplified in the small confines of a car.

Martin is the first National Guild of Hypnotists Board Certified Hypnotist and Certified Instructor in Ireland. For hypnosis hypnotherapy services in Cork, and Ireland, sometimes it’s better to talk to a real expert and trusted authority in the hypnotism profession. If you would like to discuss our Stop Smoking for drivers programme please contact Martin Kiely Hypnosis Centre today for further information or to discuss your Stop Smoking Hypnosis options. 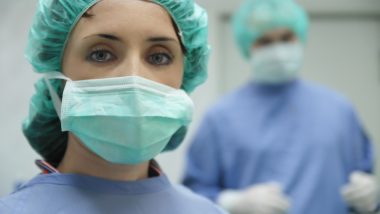 Is Hypnosis the Solution to Help You Solve Problems of Daily Life?